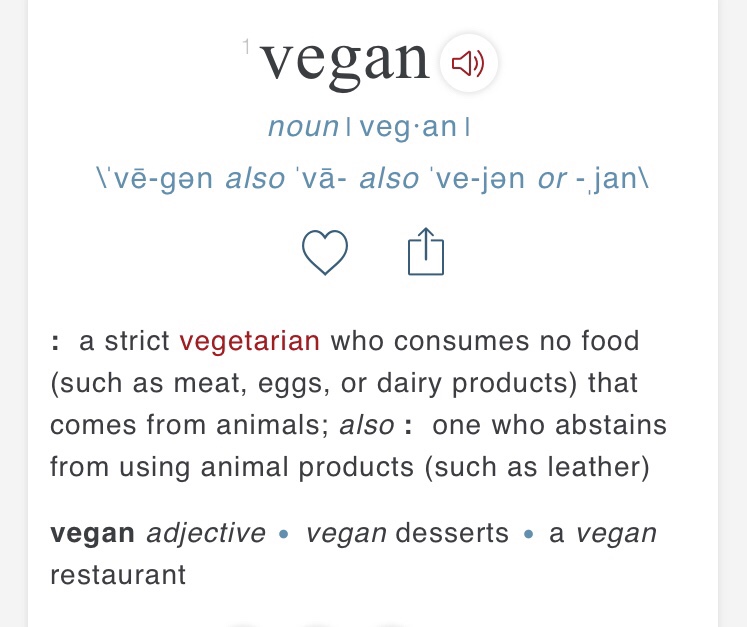 So you might have heard the term “vegan” thrown around but what does it really mean to be vegan?

The vegan life and what it entails easily becomes confusing since there are people following different types of vegan.

However, by definition, being vegan is actually very simple. To be vegan means to abstain from use of all animal products in diet and lifestyle.

There are some people who only practice the diet portion of veganism, which is considered following a plant-based diet rather than living a vegan lifestyle. Commonly, some will say they eat a vegan diet to clarify their entire life is not vegan. Honestly, I don’t get too caught up in the labels because as long as the animals are left out of the equation, the rest is personal.

I identify as vegan. I do not consume or use products that are derived from animal products in meals, personal care or home goods. This means silk, leather, wool, beeswax and animal by-products have no place in my daily life. I don’t always eat açaí bowls and tofu, I actually don’t like tofu very much at all. Sometimes I eat more vegan junk food than I’d like to admit. However, I made a point for all aspects of my life to be cruelty-free as much as possible. While I do still have some items that were from before going vegan like shoes, belts, etc., that I will wear from time to time, I made the conscious decision when choosing a vegan lifestyle that moving forward I would not purchase anything that I could find an alternative that did not require the use of animals.

Going vegan was one of the best decisions I made in 2016. If you want to read more about my vegan story, click here!